The Miniaturist has not only topped bestseller lists since it was published in July 2014, but has won award after award. When I found myself lost for choice in the bookshop, I decided to take the hint and pick The Miniaturist up off the bestsellers’ shelf, intrigued by the synopsis on the back cover. After reading it, I can understand why it has done so well. It was mysterious and gripping, the characters had depth and it was beautifully written.

The story revolves around Petronella in 17th century Amsterdam, who has been married to wealthy merchant, Johannes Brandt. Although he is kind to her, he is never home, leaving her with his sister Marin and their servants Cornelia and Otto, and consummates their marriage, leaving her feeling uncertain about why she is there. As a wedding present, Johannes gives his young wife Nella a miniature replica of their house, and she hires the services of a miniaturist in the town to decorate it. However, the miniaturist begins to send her things that she didn’t ask for, as if mocking her – a cradle, although she has no chance of being pregnant. She soon realises that there is something more sinister to the miniatures however, as they seem to be warning her about things in her future, and reveal secrets about the house’s inhabitants that nobody, let alone the mysterious miniaturist, should know. As secrets begin to unravel in the household and tragedy strikes, she looks to the miniaturist for help as to what to do, but must find her own two feet and learn to be independent, without the help of her husband, sister-in-law or the miniaturist.

I really enjoyed Nella as a character and reading the book from her perspective, as well as her relationships with Marin in particular. It was interesting to see her internal battle concerning what a woman should be. She feels that it is her duty to be a good wife and a mother, but she feels like she has been cheated out of this dream and so has no chance at being a ‘real’ woman. I loved her relationship and conflict with Marin, who runs the household and with whom she feels she must compete to be respected as the master’s wife. However, as their relationship evolves, seeing Nella’s view of what her role as a woman should be change was brilliant. She begins to understand why Marin has not married and how she valued her independence, and then as she discovers Marin’s secrets, understands that Marin is not simply the cold and distant woman that she believes her to be. 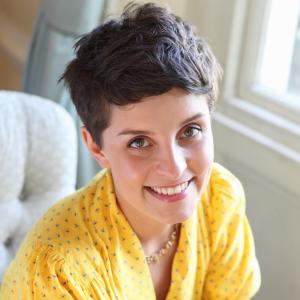 The Miniaturist is written brilliantly in that there truly are secrets hidden around every corner. At no point in the book had I predicted what was to happen, which I loved, as sometimes books cannot make a surprise completely surprising, and give things away earlier on. No, with this book, I was genuinely shocked at various points, and some secrets were revealed only for you to find out that they were false, and there was yet another secret hiding around the bend. Even Cornelia, the character who I thought was the key to knowing the secrets of Nella’s household, had pieced together pieces of information incorrectly, and not even the closest members of the household, Marin and Johannes, knew each other completely. The miniaturist, despite being the mystery which occupied my thoughts most during the book, was not even the biggest mystery in the book, although she was the only unsolved one. I would have liked for Nella to meet the miniaturist, also ironically and perhaps symbolically called Nella, who, from what we learn about her, is so interesting for a 17th century woman, but I appreciate the shroud of secrecy that still covers her character. I also approve of how, although Nella does become an independent woman in charge of her own fate to an extent, her story and that of the other female characters, Marin and Cornelia, does not feel unrealistic of the time at which the novel is set.

Jessie Burton’s writing style is gentle and easy to read, and she effortlessly weaves in hints to future storylines without giving anything away too quickly, but making you intent on piecing things together. I loved how she described Amsterdam and its people, and how the house itself sometimes felt like a city within Amsterdam that I was scurrying along with the characters. Even though there were very few descriptive passages, I could visualise every scene in my head and was imagining what the characters looked like, what the rooms looked like, what the streets smelt like and the extent of the cold that the characters were experiencing so much so that I am now twiddling my thumbs waiting for a movie to be made of it to see if other people imagined it like I did. I liked that, even at the times when great revelations have been made, the writing was never over-exaggerated and overdone; I found it somewhat reminiscent of The Girl With The Pearl Earring by Tracy Chevalier in that all of the narrative feels peaceful and paced, despite still making your heart race at times.

The Miniaturist is a fascinating story with brilliant, complex characters and an unpredictable plot. I felt like we got to know all of the characters and the main character Nella was interesting and admirable. I would recommend this book to anybody, and genuinely hope that this book will soon be snatched up to be adapted into a movie or television adaptation.