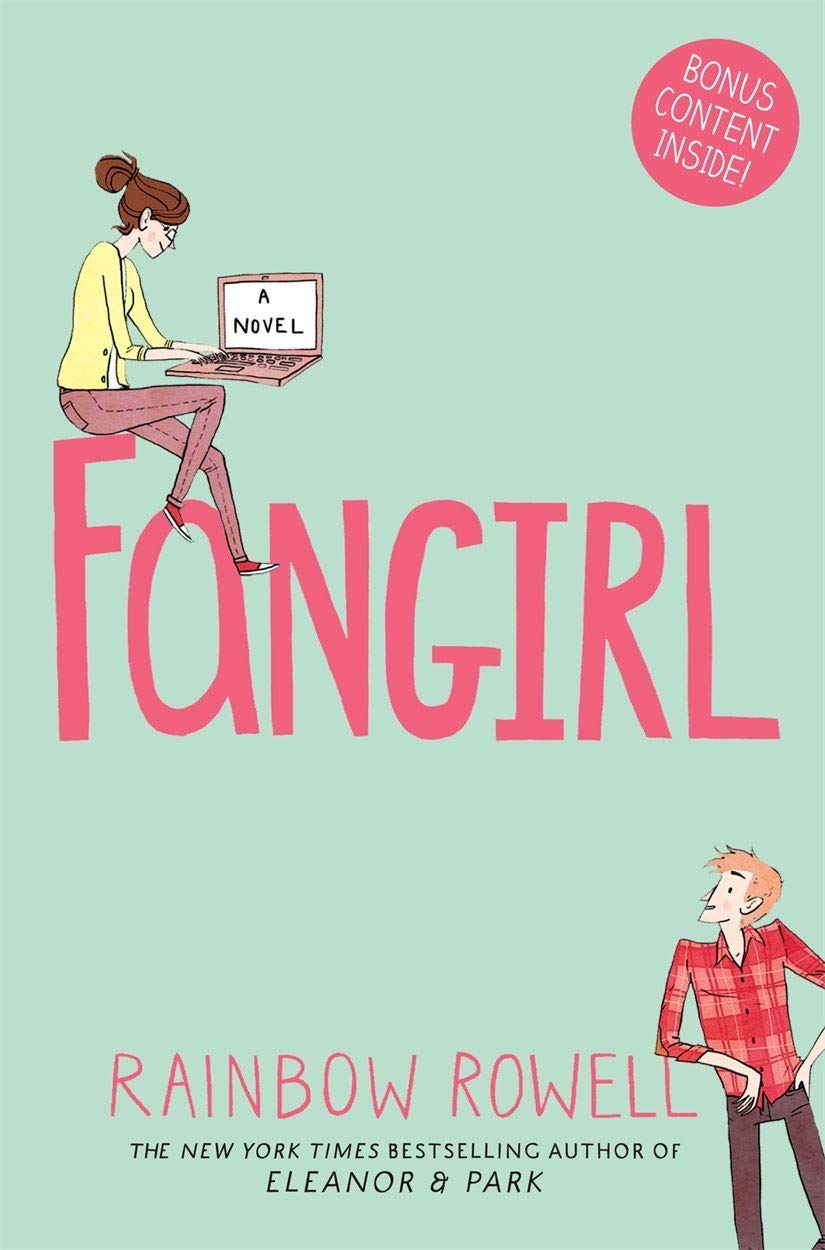 Cath is a Simon Snow fangirl, and not just any fan, the biggest. She’s basically an internet celebrity, with her fanfiction story Carry On garnering thousands of views everyday. When she and her sister Wren head off to university, Cath struggles to adapt to the world around her and buries herself in what she knows, Carry On. However, soon the outside world starts to creep in. Her creative writing class excites her, her roommate Reagan becomes a firm friend, and Levi, Reagan’s best friend, more than catches her eye. Will she have to choose between the real world and Simon Snow’s world, or will she be able to balance the two?

While I did enjoy Fangirl, at times it just felt way too long. I think that this was exacerbated by the fact that Fangirl is a very character-driven novel, and so at times the plot not only takes a back seat, but disappears altogether. There were plenty of smaller storylines, such as Cath and Levi’s relationship, Cath’s writing assignments, and her father’ mental health crisis, but there were periods in between these events that meant that we’re simply reading Cath, sitting in her dorm room in front of her laptop, worrying about various other events. Personally, even though I love character-driven novels, I did get bored of Cath thinking about doing stuff and not actually doing anything. Luckily, Fangirl has a cast of fun and lively characters, and they were entertaining enough to keep me reading. If it had been more concise, I would have loved the book completely.

One of my favourite aspects of Fangirl was the exploration of fanfiction in a way that presented it as real literature, and not an embarrassing online subculture. The fact that Cath has so many online fans that she is even approached by one in the real world, and that her fans insist she finish publishing her story before the actual final book in the series is published. However, there were parts about it that I found annoying. I couldn’t really relate to Cath’s trouble when she submits fanfiction for her creative writing assignment, because I didn’t believe that someone as intelligent and creative as her wouldn’t know the rules regarding what she is allowed to submit. Personally, whenever I submitted work in my studies, I would pore over the rules and ensure that I hadn’t broken a single rule, and so it seemed unrealistic and just a little dumb of her to submit a Simon Snow story.

In addition, I hated the excerpts from the fictional Simon Snow novels and her own fanfiction stories and actually ended up skipping them altogether very early into the novel. I just did not care at all about Simon Snow’s story, and it did not contribute at all to the main story. It was enough to know that Simon Snow was a Harry-Potter-esque series of novels, without having it forced down my throat. Put simply, I had chosen to read Fangirl, and not Simon Snow, so the fact that it was interrupting the main story started to piss me off.

Overall, I liked Fangirl, but I didn’t love it. There were major issues in pacing for me that ruined what would otherwise have been a great reading experience, and these were so significant that they overpowered what was otherwise a really interesting concept and fun characters.